The School is premised on the philosophy that for many parents and guardians, the choice of a school for their wards is a very important decision to be made as a School system can make or mar a child’s furure. Every parent dreams of a successful, prosperous, and self-fulfilling future for his/her ward. More often than not, the realization of such a dream is directly linked to the initial orientation to which the child has been exposed in his/her childhood education. 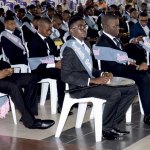